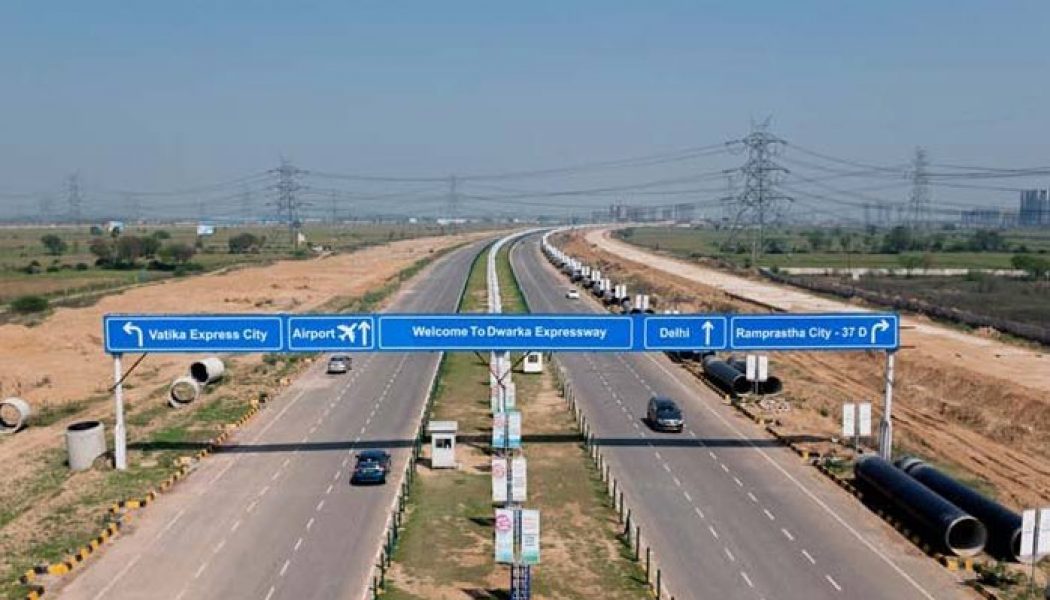 In recent years, the real estate slump has proved to be somewhat a beneficial deal for if not everybody but home buyers at large. Prices of real estate being at consecutive low for a long time, properties of many places have faced a hit and hence subsequent decrease in sales.

One such place which was immune to this hit was the real estate market of Gurgaon, the micro-market, even being in the depths of difficulties sustained a fair intent to develop and grow.

According to real estate experts, properties located near the National Highway-48A and the upcoming sectors of new Gurgaon which include sectors like 95,99,88B, 101, 105, 109, 112, 113 and many others, have an opportunity to garner the interest of home buyers.

According to MagicBricks.com yield meter,” Dwarka Expressway had done exceedingly well in the Oct-Dec FY2012-13 quarter with its proposed infrastructure.”

So what makes properties in these sectors worth investing in?

We have stated 5 reasons for buying property on Dwarka Expressway :-

Appreciation for your price

MrAlimuddin Rafi Ahmed, MD of International Land Developers states that the Dwarka Expressway lies in the R-zone in the Gurgaon master plan 2021. The upcoming residential projects in Dwarka Expressway hold a significant opportunity to the increasing value of residential as well as commercial spaces in Delhi-NCR. Just like Golf course road properties,the property that once invested in here will only grow in the further years exponentially once the Dwarka Expressway is fully functional. The price ofa residentialpropertyin Dwarka Expressway has witnessed a major jump and is expected to go further from Rs 7000 per sq ft in 2013 and now standing at Rs. 4,590 - 5,398/sq. ft. with a growth of 1.72% from one quarter to another.

The 18 km long and 150m wide Dwarka Expressway also known as the Northern Peripheral Road connects Gurgaon to Delhi along with the NH-48-and the Mehrauli-Gurgaon Road and is the third major connecting road. It connects areas like Dwarka, Palam Vihar and Kherki Daula further connecting to the NH-48A near the Gurgaon-Manesar toll plaza. It also connects to multi transit-oriented facilities like the Delhi Metro, IGI Airport and railway stations.

Since the initial proposal of Dwarka Expressway through Gurgaon and beyond, it attracted many leading construction giants and real estate projects. Not only it has the luxury living but also includes many projects under the PMAY and HUDA’s affordable residential property in Gurgaon umbrella. Home buyers have an option to choose from builder groups such as TATA Housing, Raheja, ATS, DLF, Indiabulls, Supertech etc and more than 120 residential projects among these.

The properties on Dwarka Expressway are to a proximity to hospitals, schools, upcoming metro route. Public utility services like water supply, power lines and sewage plans are already laid out and are under the process of completion.

Not just residential property in Dwarka Expressway, but there is a lot of scope for commercial spaces such as malls, multiplexes and new and upcoming IT/ITSez office spaces which are the lifeline of the millennium city of Gurgaon.

The lesser, the more

Because the stretch is still under construction there is ample area to stretch its wings and room to develop. With the drop in price, thanks to demonetization, RERA and increase in FAR, buyers get value for money for their investments. They are expected to get 50% more return for their investment in the later years. For customers looking to settle for the next 3-5 years, it is a great investment option and will be more appreciable than Sohna Road in the near future.

Not just the Dwarka Expressway alone, the adjoining areas of Gurgaon are a part of the Gurgaon-Manesar master plan 2031 and have the potential and charm to it.

Hence the already completed and upcoming residential projects in Dwarka Expressway are a real seller for the long run.